To see the rates for your preferred dates and room type, please enter your check in and check out dates below.

Everything you need to do on your uni holidays in Brisbane

Another semester done and dusted, and a whole break ahead of you. It’s tempting to just put your feet up and let the weeks pass you by, but there’s so much to see and do, and let’s face it it’s your chance to create #insta moments to reflect on when you’re mid-semester and need inspo to get you through the term.

So here’s your list for the uni break, do it all. 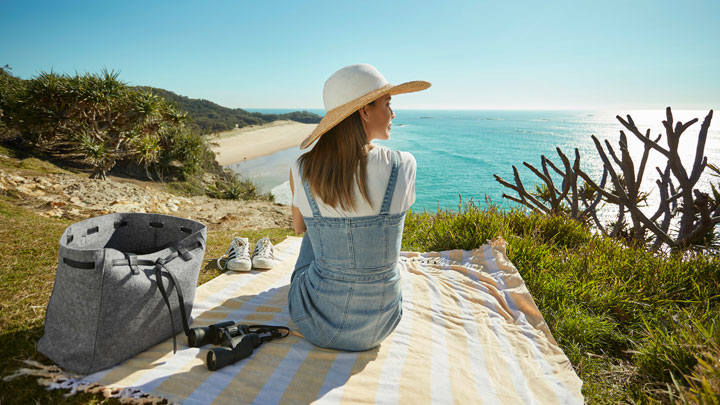 There’s nothing stopping you from taking an island getaway and exploring one, two or more of Brisbane’s neighbouring islands. Public transport will get you to where you need to be to catch the ferry across to North or South Stradbroke Island, or Moreton Island.

Go to the beach

Islands seem out of reach? You don’t have to go off land to enjoy the pristine southeast Queensland waters. Just an hour north and south of Brisbane you’ll find some of Australia’s best beaches. Or take advantage of the country’s largest man-made inner-city beach at South Bank.

Picnic in the park 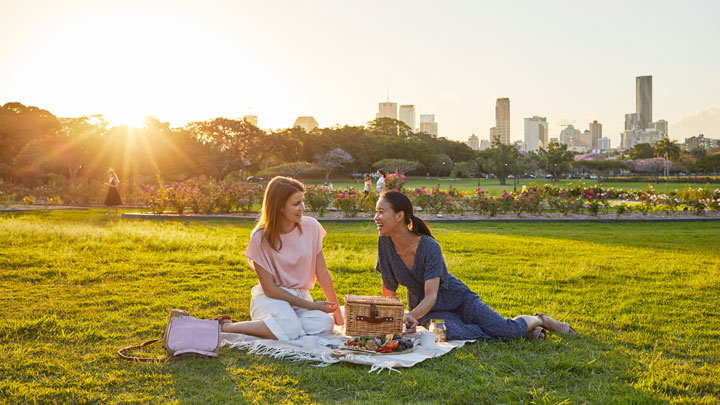 Get outdoors and enjoy the extra hours of sunshine, so why not round up your friends for an afternoon picnic in the park? We suggest New Farm Park, River Quay at South Bank, Roma Street Parklands or the City Botanic Gardens. Tell everyone to bring a dish so it’s student-friendly on the budget.

Everyone knows the best movies come out over the holidays each year. Avoid the mad rush and head there during the day when the cinemas are quieter, for your very own movie marathon of the best new releases. Check out Cineplex for cheap student tickets.

Don’t spend your whole holidays cooped up inside watching reruns of Friends. Head an hour north of Brisbane to find the Glasshouse Mountains, or go exploring in Lamington National Park to find picturesque trails and waterfalls. Gotta get that #insta pic.

Even though you’ve been doing it all year, you’re officially allowed to stop and binge-watch Netflix for a day at a time (no longer!). Re-watch all your favourite Christmas flix like Elf, Dr. Seuss’ The Grinch or Tim Burton’s The Nightmare Before Christmas.

Get a holiday job

So, how are you going to fund all these activities? You’ll probably need a holiday job. Check out seek.com and Pedestrian Jobs, and keep an eye out for any “we’re hiring” signs on shops in the CBD. Brisbane’s beer scene is overflowing and now is the perfect time to get to know it. Check out Green Beacon in Fortitude Valley; Aether Brewery in Milton; Archive, The Catchment Co and Brisbane Brewing Co in West End; Newstead Brewery in Newstead and Milton; Brewski on Caxton Street; Felons Brewing Co at Howard Smith Wharves; and Tippler’s Tap at South Bank.

Be your own fitspo

No excuses for skipping your workout. Jump on the Student One bikes or hit the gym before cooling off in the pool over at Wharf Street. 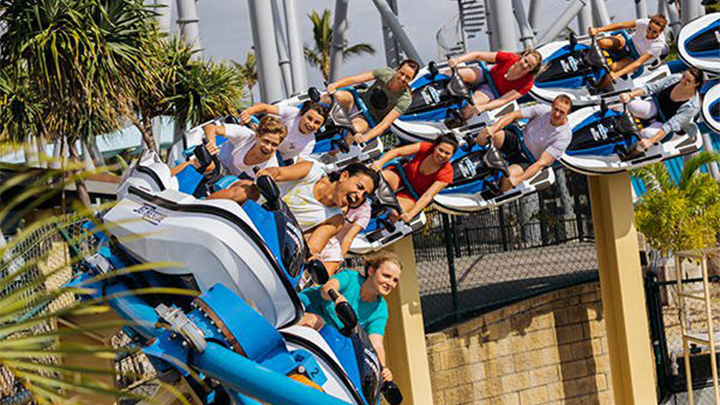 Seeking thrills? Find the best rollercoasters and rides at Movie World, Dream World, Wet’n’Wild and Sea World on the Gold Coast, and Underwater World and Aussie World – the little brothers of the theme parks – on the Sunshine Coast.

Whether you’re up for a hike or just a short bush walk – getting into nature is the best way to de-stress at the end of the semester. Take advantage of Brisbane’s parklands at Mt Coot-tha Botanical Gardens, The Gap, Mt Nebo, South Bank Parklands and Brisbane City Botanic Gardens.

Put your textbooks down. Now’s the time to be reading the books you’ve wanted to read all year. Pick up the trending titles, read a few fantasies, or find a biography of someone who inspires you. This is your me-time.

Escape the weather and head indoors for laser tag, tenpin bowling and arcade games. iPlay in Albert Street and Strike in Wintergarden have student prices and are open late – it’s the perfect place to kill any evening boredom with friends.

Now you’ve got time there’s no excuses – do the thing you’ve been meaning to do all year. Learn an instrument, practise drawing, take a painting class, teach yourself to code (if that’s what you’re into). Invest your time in learning things you enjoy doing.

Where to cool off in Brisbane this summer