How liveable is Brisbane for a student?

Brisbane’s latest liveability survey is complete, and the results are out, but what does it mean for students?

Brisbane residents love the city’s weather, but they don’t like the traffic. They think the parks are great, but the parking isn’t. Here’s a breakdown of the stats from the 2200 surveys submitted, and how it affects you as a student living in Brisbane. 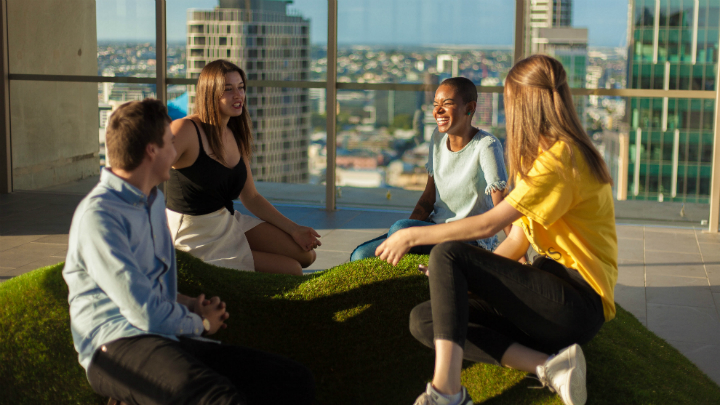 While it wasn’t a direct question, the survey called for suggestions about what people like and dislike about the city. Weather was the clear winner. Brisbane residents love the ability to get outside and city’s forecast allows it all year round. Brisbane also got a good wrap for its parks, green space and recreation.

For students: There’s heaps of places to get out and explore, and the weather’s always in order to do so. It’s a great quality of life, no matter the budget.

There was an overwhelming response to the city’s education options and access to education. The majority of the respondents considered Brisbane’s education offering (across all levels) to be “exceptional” or at least “good”. This is especially true in the city now where there are plenty of options for all levels of study.

For students: All of the new study options in the city mean you can live and study in the city with all the amenities you need at your doorstep. Great education also means Brisbane students have a competitive advantage against their interstate or international peers post-graduation.

Dislike: Too much traffic

Parking and driving also got a thumbs down with the majority of residents saying it was “dire” or “needs improvement”.

For students: No car? No worries!

For students: You’re always in good hands in Brisbane.

An overwhelming majority of the respondents said Brisbane was “exceptional” or “good” in response to the city being a safe place to live. This is most likely due to the small town or neighbourhood feel the city creates with its suburbs and inner-city hubs.

For students: The city is set up in a way that is safe, and Brisbane residents are feeling that. For Student One residents we take that to the next level with 24 hour security, and swipe card access to the building and floors.

Residents gave the city a big thumbs up in relation to things to do like cultural attractions, sporting attractions, and dining and entertainment.

For students: There’s always something new on the cards – whether it be a new bar or restaurant, a food or cultural event, or excursions to nearby sanctuaries.