You doughnut know how good Brisbane City’s doughnut scene is. Whether you like the gluten- and guilt-free type, caramel-filled or covered in icing – the city has you covered. But where do you get the best? We tried and tested all the doughnuts worth eating in Brisbane City, and we can tell you, the winner is clear. Here’s the verdict.

They were all anyone would eat a few years back but Krispy Kreme doughnuts have changed a bit. However they are cheap and a go-to for a quick fix but they’re certainly not the city’s best. Yes if you’re on the glaze craze, no if you’re looking for a bit more to taste. You can’t really go wrong with a fresh, jam-filled doughnut straight out of the bakery. But they were a bit of a miss for our students. They’re nice, and it’s the cheapest option, but there’s no decadence and no surprises. They’re a good addition to a group picnic though. Did you even know this cool little doughnut bar was tucked away downstairs in Wintergarden’s Foodcourt? Well it is, and it’s got some pretty delicious treats hiding there with it. We tried the Red Velvet Doughnut and it did-nut disappoint. Overall though, it was a bit heavy and rich. Not bad! Update: visit the Doughnut Bar at their new location in Eat Street Northshore. This is where things turn around. Nodo Donuts are all gluten-free and guilt-free so it’s expected that they’re going to be a bit different, and that they are. They’re probably more like a small, round cake than anything but despite that, they were a huge hit with our resident taste-testers. All thumbs up and very impressed. 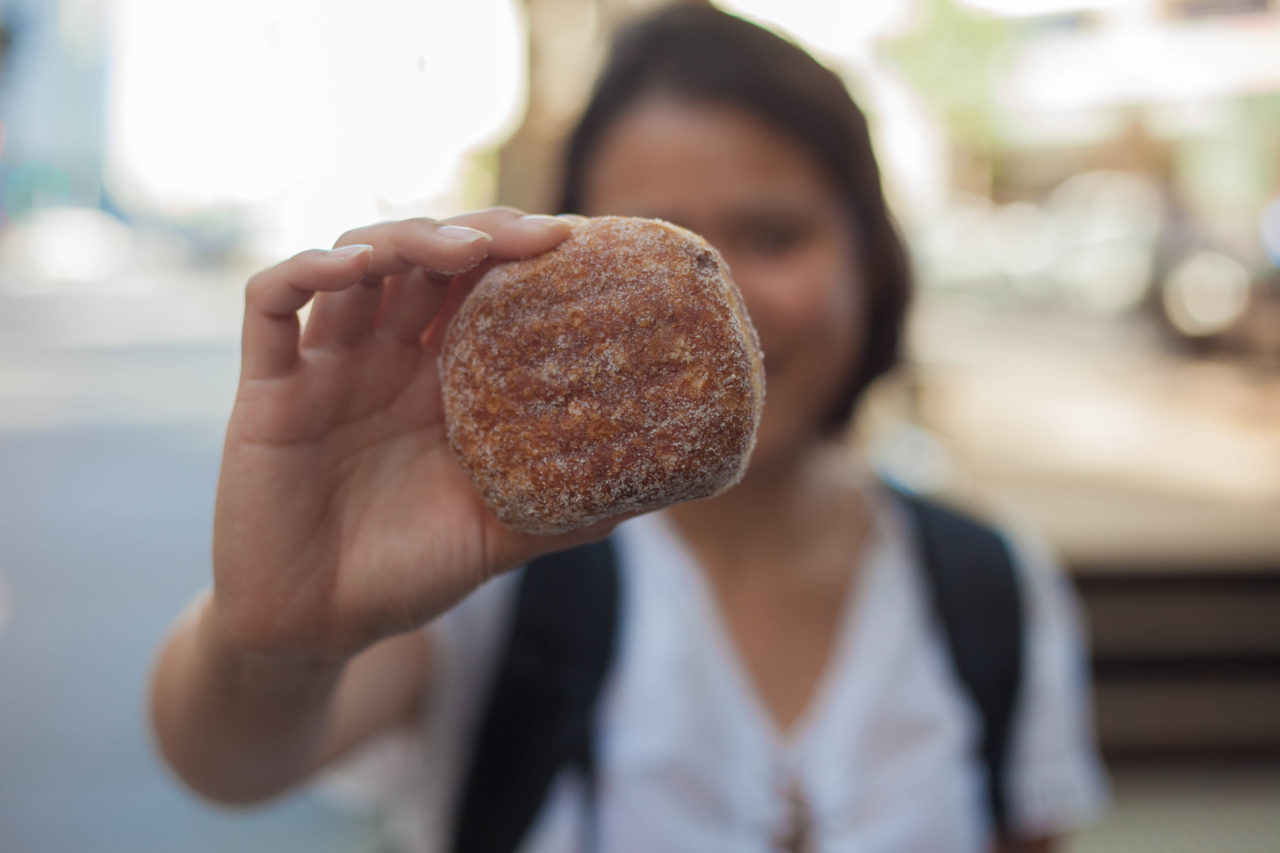 The first place is not taken out by a doughnut-only establishment, but a well-deserving French bakery on Queen Street (less than 100m from the Student One Wharf Street and Adelaide Street residences). We chose the caramel-filled doughnut (there’s also Nutella and vanilla – we assume they’re all good), and the reactions said it all. Our resident tasters said there was no competition at all. Must try, today.