Best of Brisbane City in one day

If you’ve just moved to Brisbane, your folks are visiting or you’re about to head home after a semester abroad, you’ll want to pack the best of the city into one day. Right in the heart of Queensland’s capital you’ll find multiple parks and squares, museums and galleries, epic shopping precincts and award-winning bars and restaurants. This is how you make the most of one day in Brisbane City.

Fuel up with a big breakfast

Whoever said the inner city doesn’t have a brunch scene is wrong-o. While coffee is definitely the CBD’s strength, brunch is well on its radar. Some of our favourite picks for the most important meal of the day are at Brew in Little Burnett Lane, Felix in Burnett Lane, and Marchetti in Tattersall’s Arcade – all off Queen Street Mall. You’ll find everything from bagels and pancakes to baked eggs and bruschetta.

Get cultured and check out the city from above A short walk up Adelaide Street will lead you to King George Square – a tribute to King George V following his passing in 1936. Here stands Brisbane City Hall, home to the Museum of Brisbane and the city’s original clock tower. You can head up the clock tower to see a spectacular view of the city. City Hall and clock tower tours are free and run seven days a week, just make sure you pre-book. Once your tour is done you can check out the exhibitions on show at the museum.

Coffee to-go is a must 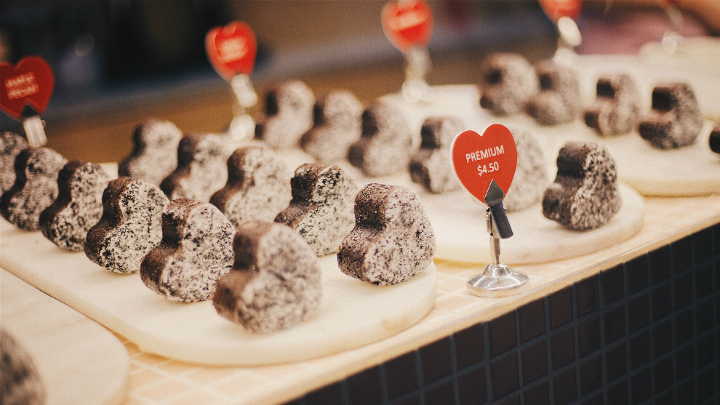 Australia is known for the coffee and so it is no surprise that delicious, barista-made coffee can be found all over the city. We’ve rounded up the best of them here but our top pick is John Mill’s Himself, a cafe tucked away on Elizabeth Street, opposite the Myer Centre.

Bonus: Treat yo’self to one of the city’s best desserts – you’ll find a list of them here.

With your coffee in hand, head to the bottom end of the city and into the City Botanic Gardens. A short walk through the gardens will reveal many hidden treasures from public art, to historical memorabilia and information about Australia’s flora and fauna. Take in the riverside views as you head back into the city. 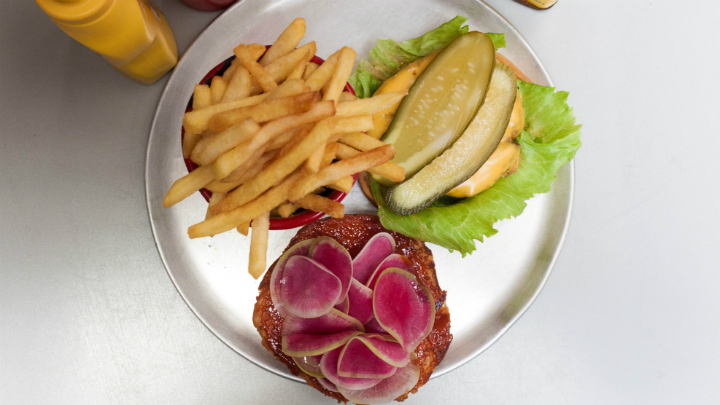 Brisbane has an emerging laneway scene and we think Gresham Lane is one of the best. Of course it’s home to one of Australia’s best bars (The Gresham) but there’s also some killer food offerings to be discovered, too. Check out Red Hook for a classic American burger, Coppa for some up-market Italian, Melt Brothers for an interesting take on the cheese toastie, and there’s also sushi and other staples.

Go for a shop in Queen Street Mall

And now for the real action. Queen Street Mall is an epicentre for up-market, mid-range and budget shopping. Between Queen’s Plaza (home to David Jones), Wintergarden and Myer Centre, you’ll have most of your staples covered and big brands H&M, Zara and Uniqlo fill the gaps between. On a budget? Don’t worry the window shopping is still a fun activity to participate in.

Bonus: Keep an eye out for free live music in the mall thanks to the City Sounds program. If you want to see who’s playing you can check the schedule here. Howard Smith Wharves is one of the most happening spots in Brisbane. It is the perfect place for an afternoon drink as the sun goes down, and its unique riverfront location gives you a magical view of the city. With several venues to choose from our favourites include Mr Percivals and Felons.

The sparkling view of the Story Bridge and Brisbane River is best enjoyed from Eagle Street Pier where you can dine on almost every cuisine. Some of the best eats can be found at Pony, Blackbird, George’s Paragon, Fridays and Madame Wu, to name a few. The food and atmosphere is delightful and it’ll get you in the mood for a night cap, which brings us to our final event.

What better way to be introduced to, or say farewell to, Brisbane than dancing the night away to live rock’n’roll. Brooklyn Standard is near Eagle Street Pier on Eagle Lane, where you’ll find a door and fluoro sign that reads just one word: Bar. Take centre stage and join in the dancing or find a booth to the side to reflect on the day that was #BrisbaneAnyDay.